Sometime along my elementary school career, I remember my mother being summoned to a meeting with some of my teachers. I remember this well because I was not invited to the gathering and had to play out in my head all of the terrible things that I was getting in trouble for. It’s not that I had a guilty conscience; rather I had a tendency to cause mischief when my class work was finished. Somehow, I always rushed through my work to make time for mischief.

When Mom returned home, she called me into her room for a talk. Being the oldest of three, I was used to these meetings as they usually pertained to something mean I had done to my brother or sister behind my parents’ back. Today was different. My mother informed me that I had been selected by my teachers (they were probably just trying to get me out of their hair) to be one of the first in our school to learn to use a computer. I had no idea what a computer was, but my mom seemed proud and she said it would get me out of class two days a week. Definitely a win-win for a third grader.

For those of you younger than twenty, the first personal computers were nothing like we know today. As a matter of fact, most of your cell phones could probably run circles around what I first experienced. The screen weighed in at approximately two tons, and, as an added bonus, was barely readable. The monitor displayed two colors, green and off. Graphics did not exist, except for the apple with a bite out of it that flashed on the screen while the computer took fifteen minutes to boot up. In other words, I sat in front of the screen and read green text and numbers for a couple of hours, two days a week. Occasionally, it would beep at me if I pressed the keys too fast. This is how I learned that I didn’t want a career in telemarketing.

Months went by and I learned as much as that old thing would teach me. I would finish my lessons as quick as possible so that I could go back to class and start bugging my friends. After some time, it was decided that the computer hadn’t taught me much and I went back to class with everyone else. What I really learned from the experience is that I need people in my life.

I told you that story so that I can now tell you this one. Fast forward thirty-plus years. Life usually comes full circle.

That little green apple has re-entered my life. It started innocently with an iPod that I got as a gift. I’m not a huge music guy, but it sure comes in handy when I want to go jog off a few Thanksgiving pounds. Now, Santa has come early with the promise of a re-organized existence. I have just today acquired a gadget to end all gadgets. My new iPhone promises to keep me in touch and on time. Never mind the fact that my chief mode of scheduling usually includes a call to my wife or our office to see if I have any prior plans. I’m on my way to being an Apple kind of guy…if I can just get the darn thing to quit beeping at me.

Actually, I have high hopes that this thing is going to whip me into shape and add organization to my life. I’m also deathly afraid of becoming one of those people who are constantly “in-touch,” staring down at their phones for the latest text or email. Life’s too short for that. So, please, if you see me around town, staring at my phone, mumbling incoherently, please interrupt. After all, I learned a long time ago that I need people in my life.

-Technical support can be sent to Drs. Parrish at ParrishDental@aol.com 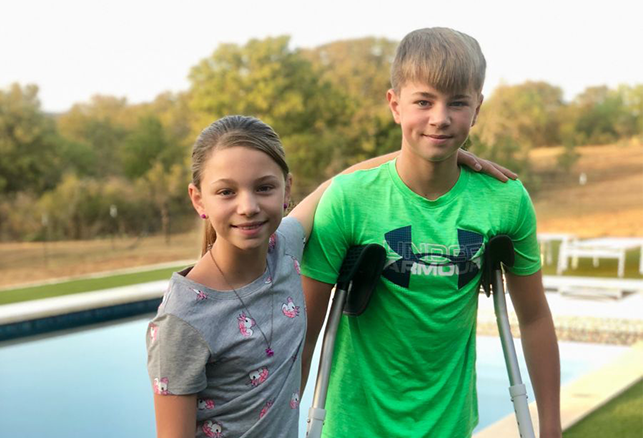